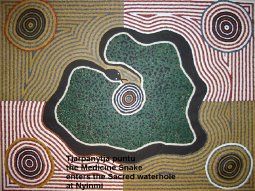 Men need to be thankful to the feminist movement for putting the topic of "men's health" on the national agenda. But even in the book, The Men and the Boys (2000), written by profeminist Professor of sociology Robert Connell, issues of men's physical health are discussed but the issue of men wounded psychologically by childhood abuse is not even mentioned.

Most GPs have now received education on the clinical assessment of domestic violence but few have probably received information on how to assess the indicators of childhood abuse on boys and men. Indeed, it is still probably the case that men are reluctant to visit their GP for physical health concerns, let alone for psychological concerns. However, if a man does mention feeling anxious, depressed or is at the beginning stages of acknowledging he has a problem managing his anger, alcohol abuse or both, then it is possible the man has been a victim of childhood abuse. He may never have told anybody about it before, therefore, being curious about the man's experiences as a child may give him the opportunity to speak about the unspeakable for the first time.

I first began working with wounded boys when I was a social worker with the Child and Adolescent Mental Health Service (CAMHS) in Murray Bridge South Australia in the 1990's. I realized that many of these boys were destined to follow in the footsteps of the men I had previously been providing therapy for in a violence prevention group therapy programme, unless the boys and their families/caregivers and the schools (that would regularly suspend these boys for violent and disruptive behaviour) began to acknowledge the devastating consequences of childhood abuse. Again, while working in New Zealand as a therapist on a programme for adolescent boys who had committed sexual offenses, I discovered that most of the boys on the programme were themselves the victims of childhood abuse. I realised that if these boys were going to take responsibility for their own offences and avoid relapse in the future, they also had to recover from the effects of their own childhood abuse.

Unfortunately for most boys and men, the legacy of dominant masculinity prescriptions (the rules of manhood) both make it more likely that the effects of abuse are going to be externalized through aggression and also make it less likely that men will seek help or even talk to someone about the problem. This is where the skills of GPs in engaging men can make a difference. If the man can see there may be a link between his current difficulties and the past abuse he may be more open to the possibility of seeking help through counselling. If the GP can reframe the act of seeking help as a courageous step, then this maybe the key point in this man turning his life around and stopping the intergenerational cycle of abuse. This is where Sonkin's book comes in.

Daniel Jay Sonkin is an internationally recognized expert on psychotherapy for male offenders of domestic violence and for male victims of childhood abuse. His book is beautifully written specifically as a transformational workbook for men who are seeking to go on a healing journey to recover from the effects of childhood abuse. It is best read in conjunction with individual or group therapy. Wounded Boys/Heroic Men is also a useful guide to help partners; friends and family members, better understand the struggles these men face, so that they can support the healing journey.

In Chapter One Sonkin introduces the reader to the topic through a fictional dialogue between a therapist and a male patient who is attending therapy for the first time, because (as with many men) the trigger for the man attending counselling is that his partner has left him. The story illustrates the misgivings many men have about attending therapy but also illustrates how sometimes childhood wounds from "the past" do not go away if we forget about them, but act as barriers to forming and maintaining intimate relationships and if "stuffed away" often result in the man abusing his partner. Sonkin (p. 19-20) then introduces the reader to the four phases of the healing process:

1. Awareness and disclosure of being a wounded man and unlocking the thoughts and feelings that go along with those wounds.
2. Understanding how and why the abuse occurred and ultimately how it affects you today.
3. Learning new skills, attitudes and ways of relating to others.
4. Transformation, the process that allows the development of different aspects of your self.

The middle of the book expands on this healing process begining by defining the four main categories of abuse: physical, psychological, sexual and physical/psychological neglect, before discussing the emotional, attitudinal and behavioural effects of abuse in some detail. Sonkin then outlines the pathways to healing from the abuse. The first step is talking about the abuse - healing begins with disclosure. This normally involves overcoming the obstacles of denial and minimization and talking about the abuse to someone who he can trust. Writing down details of the abuse may bring up feelings that have been cut off for many years. The next step is healing through feelings. This involves the difficult task of facing painful emotions and identifying and communicating feelings. Sonkin details some good strategies for getting in touch with feelings, such as a feeling log and dream journal. The next step is healing through attitudes. This involves coming to terms with the way in which the abuse has affected the man's attitudes towards himself and others. Psychological abuse often has the result of internalizing negative messages about the self. This can take the form of the "inner abuser", an inner voice that constantly criticizes the self calling the man "stupid" or "incompetent". Sonkin introduces various strategies such as visualization and dialoguing with the problem that help the man develop more positive forms of self-talk. The next step is healing through changing behaviours. Wounded boys/men often have problems with violent behaviours, addictions, relationship conflicts and difficulties communicating. Sonkin discusses various strategies for healing through changing behaviors, including "time out" when feeling angry and a good discussion of how to identify and recover from addictive patterns. The next step is healing through sexuality. Attitudes towards our sexuality are formed in childhood and abuse, especially sexual abuse, will often have serious consequences on how we feel about ourselves in our adult sexual life. The book then discusses the important topic of "making peace with the abuser"; this includes practical guidelines on confronting the abuser and makes the point that forgiveness is not something that can be prescribed but occurs as a natural by-product of the healing process. Finally, the book concludes with a "making peace with yourself" chapter, including a focus on how to maintain change through having a "daily plan of action" and a discussion of the place of spirituality in the healing process.

In the epilogue entitled "wounded heroes" Sonkin likens the process of recovery from childhood abuse to the hero's journey as described by the mythologist Joseph Campbell. Campbell describes the archetypal hero's journey in his book The Hero with a Thousand Faces. The first stage begins with The Calling. This can happen through an external event, e.g., your partner leaves, or it can be experienced more inwardly, with an inner sense that something is wrong. This leads to The Leaving, were the hero departs from what was familiar and begins his journey. On an inward level this is equivalent to beginning to explore ourselves in psychotherapy. The next stage is meeting a Spirit Guide or Mentor; this is a part that can be played by a therapist. The next step is described as The Courageous Act:

"At some point in his journey the hero is faced with a challenge of enormous proportions. He may have to do battle with a frightening creature or another person. Usually the hero has to use not only his physical strength but other resources, such as feeling, intelligence, intuition or sensitivity. The hero has to put aside his ego, become humble, and do what is necessary to complete the task."

After the hero has completed his task (like the hobbits in Lord of the Rings) the final leg of the journey is The Return. This usually involves a return home (i.e., back to the self) however the self is now transformed by the experience of the journey.

I liked this book very much and I recommend it to all men who have experienced childhood abuse as a resource for their own unique journey of healing.

Wounded Boys/Heroic Men can be purchased from Amazon for $11.00 American Dollars or can be downloaded free of charge from Daniel Sonkin's WEB page: www.daniel-sonkin.com

Connell, R.W. (2000). The men and the boys. Berkeley: University of California Press.

Andrew Tootell is the co-author of Stopping Violence: A group programme for men wishing to stop their violent and abusive behaviours towards women and children and he is currently completing a PhD on the topic of therapeutic work with adolescent boys who have committed sexual offenses. Andrew works in private practice at the Pinniger Clinic and is currently accepting referrals from GPs for a 10 week therapeutic support group for wounded men starting at the end of June. The first session will be individual sessions for the purpose of assessment and readiness for the group. The cost of attending the group will be $300.00 (Medicare rebate of $170.00) and the cost for the individual assessment session will be $120.00 (Medicare rebate of $66.00) making an after rebate total cost for the patient of $184.00.